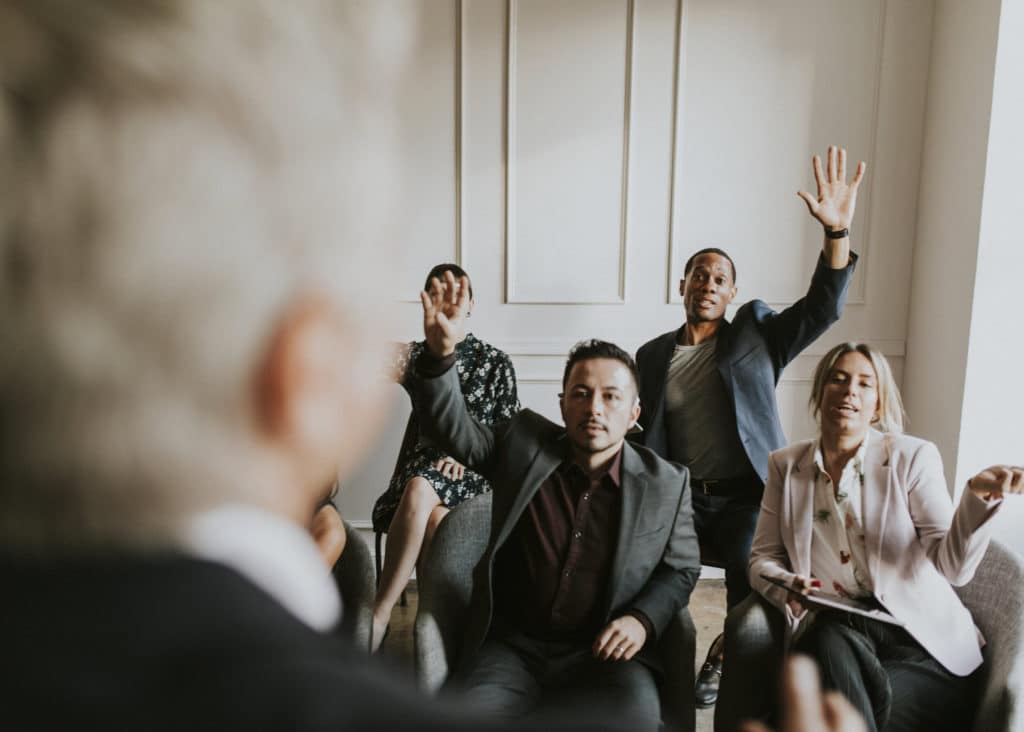 It is important to note however that the type of humor is critical. Humor that demeans others A few years ago, I was coaching a team that was dealing with a lot of critical issues. There were disagreements and frustration between the individual members of the team. On one particular day, they had put aside 3 hours to work on some decision that needed to be made. At the beginning of the meeting, the tension in the air was palpable.

Susan, the team lead could also feel the tension. It had the potential to derail the meeting which would have only exacerbated the frustration. Knowing this she said, “I was going to give everyone a machete to cut through the tension but on second thought, I decided plastic scissors might be safer.”  At this, the team began to laugh out loud, appreciating the humor. The tension lifted long enough to shift the conversation and allowed for an acknowledgment of the disagreement and frustration and a commitment to work through them in the meeting.

This brilliant use of humor just at the right time was a sign of Susan’s emotional intelligence on so many levels. First of all, she was able to feel the tension in the room. She could have ignored it and tried to plow through the agenda however, she turned to humor to shift the mood and change the direction of the meeting.

The famous comedian Victor Borge once said “Laughter is the closest distance between two people.” This statement is not just his opinion but it’s also backed up by science. Research points to the fact that shared laughter with others builds connections between them. That shared laughter boosts a feeling of shared worldviews and brings out more positive emotions. We also know that laughter has a hugely positive impact on stress.

does not have the same impact. Rather it is humor that points out a shared reality and makes fun of it that can have the greatest impact. That is exactly what happened in the example with Susan. Everyone felt the tension and her ability to poke a little fun at it allowed a release that enabled a difficult conversation that needed to happen to proceed.

Of course, how do you develop this emotional intelligence skill?

Like all emotional intelligence skills, it begins with self-reflection. Asking simple questions like what makes me laugh? Who in my circle of friends is funny? What makes them funny? From there, we begin to notice what I am saying when people laugh with me.

I believe that every day just from our lived experiences, we have a least enough material for a five-minute stand-up comedy routine. So often we think that we have to have had unusual events for us to make humor but the opposite is just as true. It is in everyday routines and the mundane where humor is also found.

For this week’s Emotional Intelligence workout, I created a worksheet to help you reflect on the important topic of humor. It takes you through some reflective questions to explore what you find funny and why. It also invites you to reflect on your lived experience and see if you can pull out the

PrevPreviousEQ WORKOUT #16 Do You Know Your Relationship with Silence?
NextEQ WORKOUT #18 Thank You – A Sign Of Emotional IntelligenceNext