EQ WORKOUT #31 The Emotional Intelligence of Befriending Your Fears 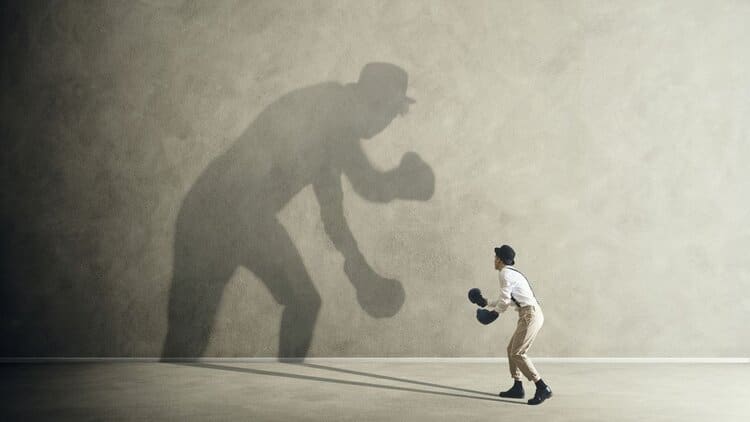 A few weeks ago, I had a training engagement with a client. The topic was on emotional intelligence, and I had everything prepared. About a day before the event an old friend decided to drop by and pay me a visit. My friend’s name is fear. He likes to pay be surprise visits from time to time so this was not unusual.

“I just wondered if you were concerned about the upcoming event,” he began.

“Why should I be?” I replied

“Well, it’s a new group of people, what if they don’t like the material?”

“What if they don’t like you and you get a bad review?”

Ah yes, this was not a new conversation. I have heard variations of it many times before. I have been a trainer and speaker for many years. I have received many compliments on my material and how I have impacted peoples’ lives and yet before a new event, this goes out the window and fear visits once again.

I know I am not alone. In countless coaching conversations throughout the years, I have heard similar tales from leaders and managers dealing with fear about a decision they need to make, a difficult conversation they need to have, or an upcoming board meeting. I am quite sure you have your own fears – many of which are not new, but have been experienced many times.

I wanted to share one method that has been very helpful for me. When I was younger, I hated being afraid. I cursed the feeling which drove me to be smaller and made me protect myself only to find out that there really was nothing to worry about in the first place – it was all in my imagination. However, this took up so much energy.

I then decided to try something new. It was around the time that I have been researching emotions and two things struck me – the first was that emotions arise so quickly that by the time we are conscious of them, they are in full swing. The second was that emotions evolved to signal to us that something important was happening to our welfare. It was then I realized that cursing my fear was useless.

I began to think of fear as an old friend.

I personified it. My fear is a kind man who is very concerned about my welfare. He has been with me through some difficult times in the past but one of his habits is that he is overly cautious and appears when there is really nothing to worry about. When he arrives, I have a conversation about him regarding his concerns and reason out that there is nothing to worry about. We have been here before, and things worked out just fine.

I invite you to give this a try. If your fear was a person, what would they look like? If you had a conversation with them, what would it be like? What would they be warning you about? How would you reply?

As human beings, we are created with a survival instinct. What a wonderful mechanism to have. It has helped us get to this day. However, it does not always serve us especially when the fear we face is not a life-or-death moment. It is in those moments of understanding that the gift of this inheritance can change how we deal with it and the energy it takes to manage it.

You may also like this YouTube video I recently recorded which explores how to manage your emotions in the workplace.