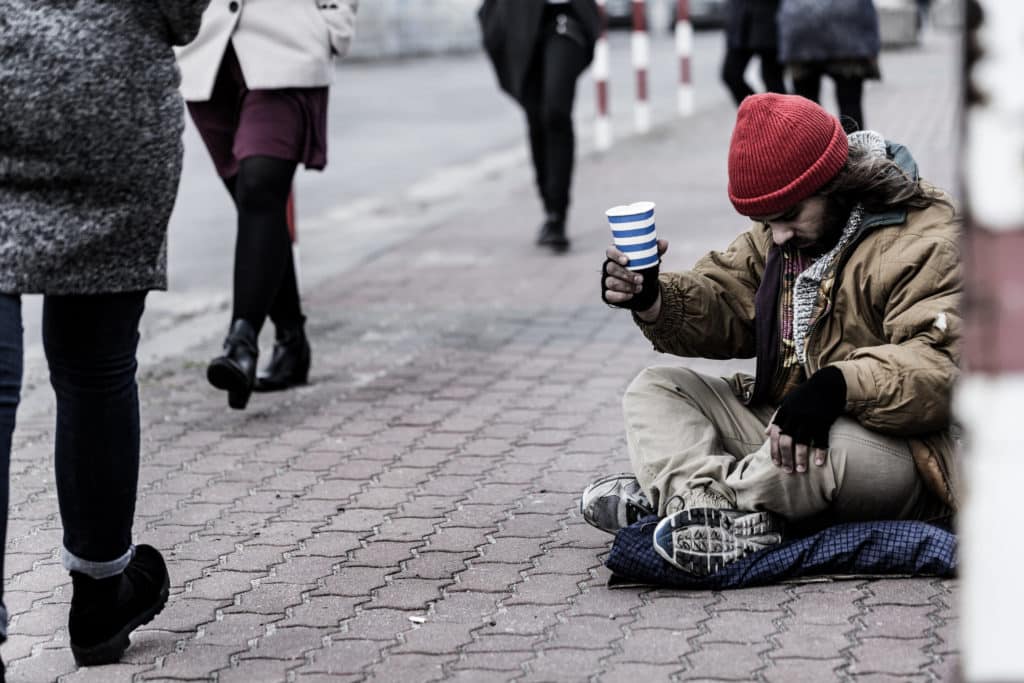 Sometimes, television advertisements can strike a chord and touch the heart. One ad that really stuck with me is from Scotland. It’s been over 20 years but it still packs a punch. It starts with a blind man sitting in front of an ornate building – he had obviously seen better days. On the ground in front of him is a small metal tin and he’s holding a sign which says “I am blind, please help.”

As people passed by, they ignored him and there were few coins in the tin. Then a woman passes in front of him. She passes by at first and then stops as if she had a moment of inspiration. She turns back to the man and looks at his sign.

She takes the sign and turns it around and begins to write something else on the back of it. She gives it back to the man in a way that the new words are visible and then leaves. All of a sudden, the people who pass by, rather than ignore the man, now begin to place coins in the tin can.

Later that day as she is passing back in front of the man, she stops. He recognizes the sound of her shoes and voice. Full of curiosity, he asks her what she had written. She replies, “I wrote the same thing only with different words.” As the camera pans out, we can see the sign now reads, “Today is a wonderful day and I cannot see it.”

Each day of our lives is filled with so many blessings that we take for granted.

How many of us wake up each day and upon opening our eyes, are filled with wonder at the gift of our site? So often the focus of our attention is on what we don’t have rather than what we do. I know far too often the focus of my prayers and desires is on things I think I or other people need. The danger, of course, is that we fail to stop and smell the roses today at this moment.

The 13th-century German mystic and philosopher Meister Eckhart (1260 – 1327) once said, “If the only prayer we ever say in our lives is “Thank You” that will be enough.” How profound that thought. “Thank you” is not just two words. It’s a disposition to live. It’s an acknowledgment that in the face of the ups and downs of life, there is always so much more to be thankful for.

For this week’s EQ workout, I have prepared an audio file with a gratitude meditation. We know that there is a direct correlation between taking time to give gratitude on a daily basis and our level of happiness. Take some time this week to stop and give thanks.