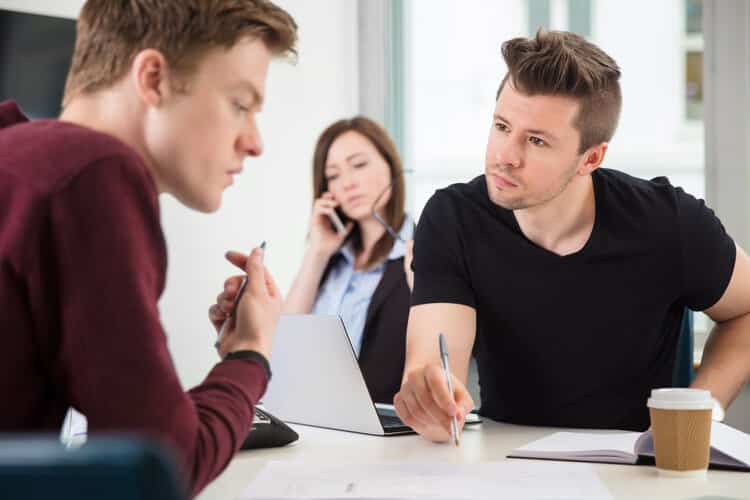 Imagine the scene. You’ve been called into your boss’ office to receive some feedback. How does that make you feel? For many of us, just that initial phrase alone will get our hearts beating a little faster in anticipation of what might follow. We go into the office and are told that they have some “constructive criticism” for us. We start to get tense wondering what comes next.

Your boss then raises a number of areas of work performance where we could improve upon. I know there are times when this has happened to me personally and I have gone into defensive mode. I have found it hard to receive any of the information or suggestions being presented to me and instead have begun to justify why they are wrong. While the boss is talking, I have a whole different commentary going on within me which is only to point out their faults and failings and basically arrive at the conclusion of “Who the hell are they to tell me anything?”

For me, most of the time that is an internal conversation but at other times it’s expressed right back to them.

Now, it’s important to say that there are a number of variables surrounding this situation. The tact and history we might have with our boss can differ greatly however, there is one thing that is always within our control and that is how we receive feedback.

Being able to hear feedback or even direct criticism without shutting down or becoming overly defensive is an important emotional intelligence skill. Being defensive of course is all about self-protection. As human beings, we have one overriding imperative that impacts everything and that is survival. Defensiveness is a response that is often used when someone feels threatened, vulnerable, hurt, anxious, embarrassed, or insulted. These are uncomfortable emotions to sit with and remain open so we more often than not shut down.

This is where emotional intelligence comes in.

It is possible to be less defensive. There are a number of skills which we can grow. These include the ability to notice more signals from our bodies that we are uncomfortable, learning some practices such as breathing techniques to help calm us in the moment so we are not in a fight or flight state, and the ability to listen and show curiosity to the words being spoken rather than taking them in a personal way.

For this week’s EQ workout, I put together a number of questions to help you gauge how defensive you might be. Reflect on the ten following questions or inner thoughts and see if they show up in conversations you have from time to time.

1.      When people criticize or judge me, I am quick to point out their own faults.

2.      If people are upset or disappointed with me, I let them know with explanations and excuses as to why they are wrong.

8.      I may not defend myself verbally to someone, but I’ll be sure to get back to that person somehow.

9.      If I think someone will have something critical to say, I avoid talking to that person by not answering, leaving the room, or changing the subject.

10.  If I’m at fault for something, it’s always because of some factor outside of myself over which I had no control.

PrevPreviousEQ WORKOUT #26 Emotional Intelligence at the Olympics
NextEQ WORKOUT #29 The Power of Music to Influence our Emotions.Next