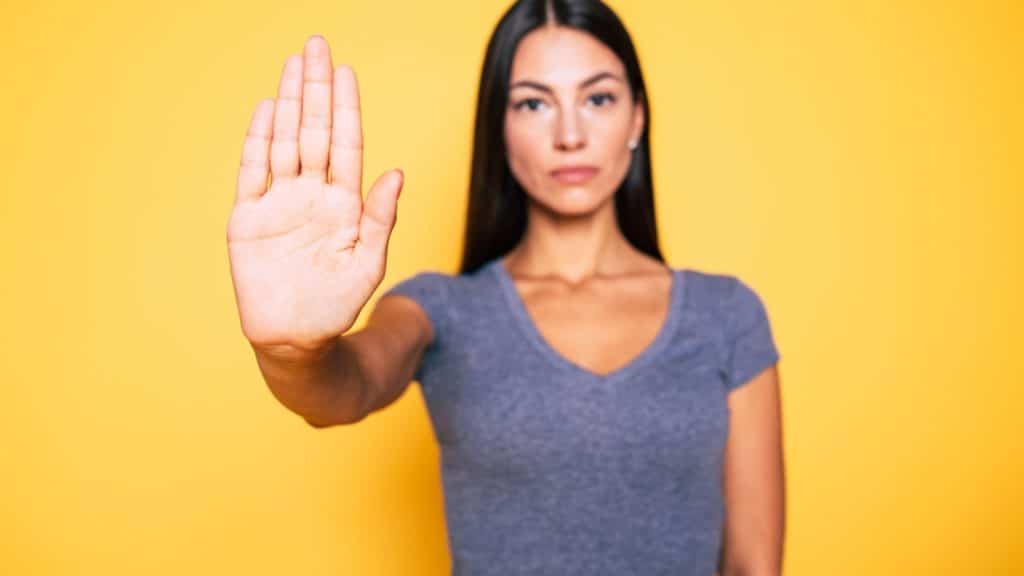 Have you ever heard of the phrase “I put my foot in my mouth”? It normally describes situations when you say or do something that you should not have and ends up embarrassing someone else or yourself. For example, I remember the time I met Julie for coffee. When I arrived, she was with someone else who was clearly related. Her name was Mary and I asked if she was Julie’s mother – Julie laughed, but Mary did not.  “Mary is my sister,” replied Julie. I just went red.

There are certain phrases we often hear in conversation as well that emotionally intelligent people should never use. Here they are in no particular order. As you read them, think of times when you have heard someone say it.

This is such an interesting phrase. It normally comes from a person who is making a comment about someone else who has made a mistake or made a bad decision and the situation has not turned out the way they wanted it. Many times, it is uttered with a little bit of contempt. It isn’t hard to imagine that what one is looking for is a little bit of empathy and understanding or someone who is able to appreciate that things did not work out. What is not appreciated is adding insult to injury with the words “I told you so.”

The emotionally intelligent way to approach this is perhaps to say, “I know, that’s upsetting. How do you feel?”, and then move on to a phrase like, “Well, what did you learn?” especially if you are trying to help them see they made a rushed decision.

2.  “You’re just being too sensitive”

This phrase also has a close relative, “Pull yourself together.” Whenever you hear the words, “You’re just being too sensitive”, what’s being implied is that you should stop feeling the way you do, or you’re feeling too much. Of course, our emotions are not good or bad, they are what they are. They are important channels of information.

One of the core abilities of emotionally intelligent people is to recognize what they’re feeling at the moment. They never to try and dismiss them but try to appreciate that they’re there for a reason. In reality, when a person says “You’re just being too sensitive”, they are indicating that they are not comfortable with your emotions and would rather not talk about them.

I just heard this a few weeks ago.  I was talking about a work situation with someone. I could tell that what I was saying was clearly impacting them. All of a sudden, they said to me, “I’m going to stop you right there.” I was caught off guard mid-sentence and shut down. This often happens when a person wants to shut down a topic they would rather not speak about. In many ways, it is a warning. If you continue with the discussion, they might get angry, and you will regret it.

I have heard this phrase so often. The undercurrent here is that the person does not like what you are doing. You’d be so much better, and I would give you so much more approval if you would just be like your brother, your sister, your mother, your father, or your friend. It’s a not-so-subtle way of putting down another person and shutting them down.

An emotionally intelligent person is able to recognize that at times, people annoy us. However, their first action is not to say, “Why can’t you just be like…?” but rather, to focus inwards and ask what it is about that person or behavior that is impacting me so much.

The phrase “I had no choice” is a rationalization. As human beings, we always have a choice even when we think we don’t.  This phrase can be used as the easy way out. It’s often used when someone is trying to justify what they have done.

An emotionally intelligent person is able to fully explore their options in any situation even when they are difficult. They are also able to look at situations where they felt they had no choice and examine them further to learn future lessons.

I have seen this being used by people as an excuse to say all types of callous things to a person and dressing it with so-called “honesty.” Emotionally intelligent people are able to say sensitive things and be honest with another person without being deliberately hurtful.

This phrase is often used when someone is tired of another person exploring options or refusing to make decisions. In these situations, it can be helpful to point out that the person is in a situation of analysis paralysis. However, it can also be used to dismiss someone and the difficult choice they are facing.

A better way to approach something like that is to say, “You know I can see there’s a lot of different things going on and a lot of different options. That must be very overwhelming for you. How do you plan to choose one?” We want to try and help the person move forward without dismissing them.

This is very often used as a warning. If you continue, then I am going to get started which often refers to an angry response that will escalate the situation. Once again, it’s a way of shutting down a conversation. Emotionally intelligent people are able to have difficult conversations. They have confidence in being able to manage their emotions even in a conflict and are self-aware enough to know when they are avoiding a difficult conversation.

This is a really interesting one. It’s normally used by someone to indicate that you should be happy or content with a situation. Of course, it’s an attempt to prevent you from raising other concerns or questions. The expectation is that you are not going to say, “Well, you know what, it’s really not that great. I’ve got some issues.” An emotionally intelligent person is able to approach a situation with a curious mindset and is truly interested in how it has impacted the other person.

The final word is “Yes”. One of the behaviors that we see with people with lower emotional intelligence is their difficulty to set healthy boundaries. Emotionally intelligent people don’t say “yes” to everything because they’re able to create boundaries. They’re able to say

“no” even when under pressure.

Now, these are only ten that came to mind for me. I am sure there are many others. If you have one, feel free to comment and share.

You may also like this YouTube video I recently recorded which explores five habits of emotionally intelligent people.